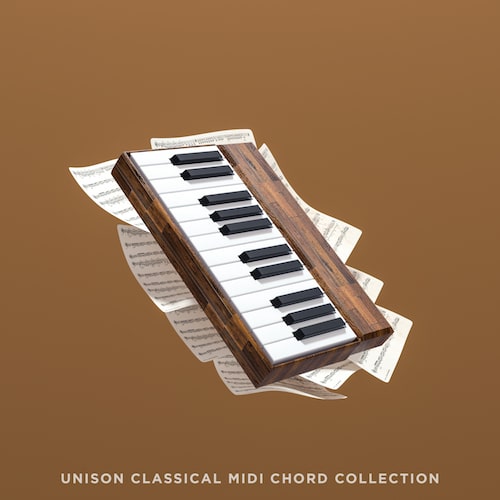 However, when most people use the term “classical”, they are speaking about music composed from, roughly, the medieval period until the mid-20th century.

It is this definition of classical that the chord progressions in this pack draw from.

Unlike most modern styles, classical music does not usually loop a chord progression repeatedly.

Instead, it moves through long chains of chords and chord sequences which periodically resolve via cadences.

The most common 4-note chord, by far, is the dominant seventh chord which appears on the 5th degree of the scale in both major and minor keys.

Diminished chords get their day in the sun in classical music. and you will find them all over the place, acting as passing chords, connecting one chord to the next.

Chord progressions are often longer than in other genres and chords progress in very logical ways based on the ideas of functional harmony.