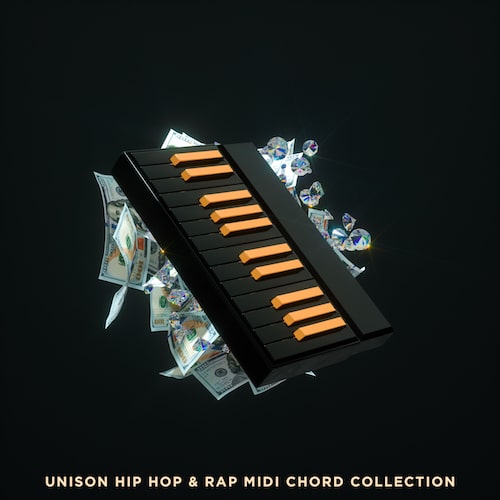 Hip-hop has been one of the most popular genres of music for decades.

During its formative years, it was characterized by sample-based production, rapping, swing rhythms, and a laid back vibe.

As the years went on, drums became heavier, bass became fatter, rhythms became more straight, and, in a large portion of hip-hop, the subject matter darkened to reflect inner-city life.

Chord progressions in hip-hop vary greatly. Chords can come from the jazz world, R&B, pop, or even classical.

Hip-hop, in general, has a strong bias towards minor keys.

When writing in major keys, it is common to use extended chords instead of triads to provide more tension and interest.

There are times when pure triads are used in major keys, but these songs often straddle the border between pop and hip-hop.

In minor keys, the darker the better unless a jazzy vibe is desired.

Using pure triads often creates the heaviest atmosphere. To see for yourself, just compare a minor triad with a minor 7th chord.

In recent years, many chord progressions from pop have crossed over into hip-hop as the two genres have been blending into a radio-ready hybrid.

We’ve included them all for you in the Unison Hip Hop & Rap MIDI Chord Collection.