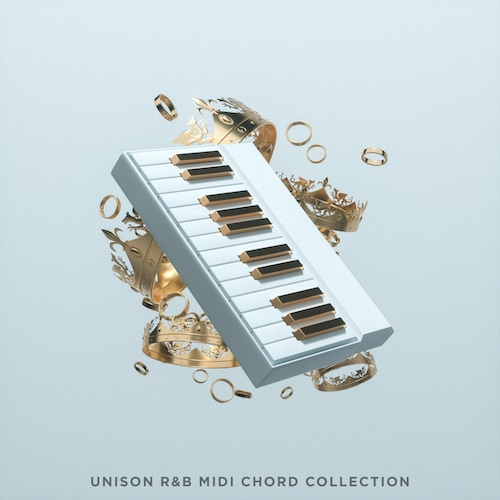 The origins of R&B are truly in the ‘40s and ‘50s when the name—Rhythm and Blues—really applied to the music.

In the late ‘70s, however, a new breed of R&B began to emerge that incorporated elements of disco, soul, hip-hop, electronic music and the original R&B.

Over the years, this genre has developed into a smooth, jazzy, beat driven style that has found mass appeal.

In this pack, we have taken a sampling of R&B from the 1980s up until the present day.

Various kinds of seventh chords, as well as ninths, appear frequently—these give R&B its jazzy flavour.

Modal chords are quite common, especially in major keys.

There is a chord that is commonly seen in R&B called a “dominant 11th”, also known as a “dominant 7 sus4”.

This chord is commonly notated like this: C11 or C7sus4.

It can appear in many places but it is most frequently used as a substitute for the V chord, meaning its root will be the 5th degree of the scale.

In terms of extended chords, maj7, m7, and add9 chords are the most common.

The same I , IV , V , and vi chords mentioned above will often be used but with these extensions instead of as triads.

We’ve included them all for you in the Unison R&B MIDI Chord Collection.