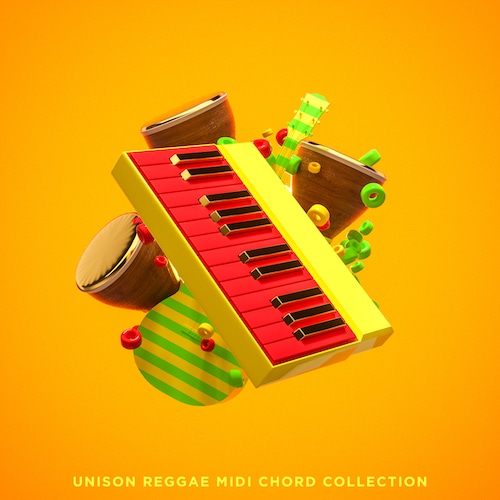 Reggae was originally the product of Jamaica in the late ‘60s, but has now spread globally through its endlessly infectious offbeat rhythm and fat bass lines.

In both major and minor keys, triads constitute nearly every chord heard in the genre.

The hard lines and straightforward sound of triads lend themselves well to reggae, supplying a simple emotional foundation for the other elements to play in.

When extended chords do appear, they are usually limited to maj7, m7, and dominant 7th types.

In minor keys, the chord built on the 5th degree is often made major (written as V ), which helps to create more tension and drama. This chord derives from the harmonic minor scale.

The two most common modal chords would be the bIII chord and bVII chord.

We’ve included them all for you in the Unison Reggae MIDI Chord Collection.