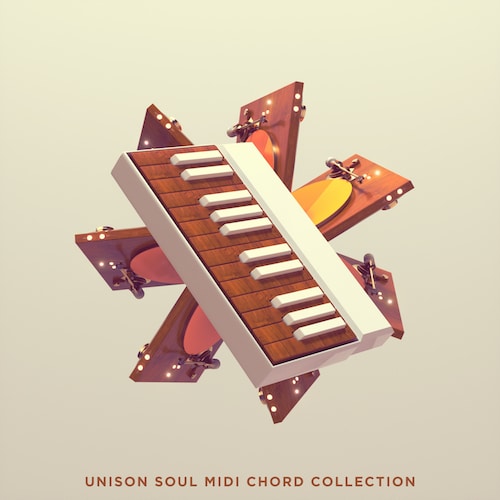 Nearly every conceivable chord progression, outside the limits of jazz, has appeared within the long history of rock music.

There is something very human in soul music, something powerful and connecting.

Soul uses a fairly even mix of triads and seventh chords, sometimes intermingling and sometimes remaining with their own kind.

In both major and minor keys, the full range of diatonic chords (except the diminished chord) are commonly used.

In major keys, the iii chord is particularly common when compared to almost all other genres.

This chord is sometimes felt as the darkest of the three minor diatonic triads due to its relationship with the rest of the scale.

In minor keys, the 5th degree is played as a minor chord as often as it is played major ( v vs V ).

The minor version will feel more dark and passive, while the major is more dramatic and tense.

We’ve included them all for you in the Unison Soul MIDI Chord Collection.