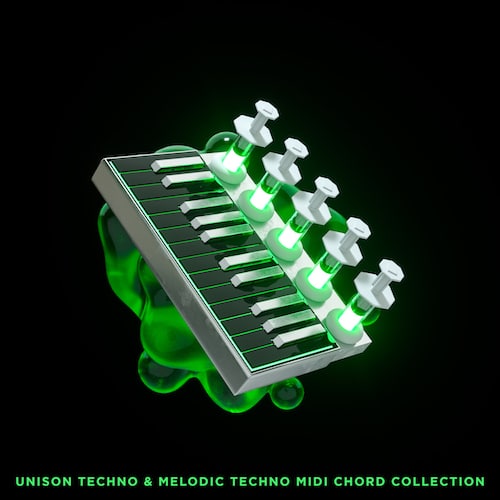 Since its birth in Detroit during the ‘80s, techno has evolved and fractured into several sub-genres and styles that can sound drastically different from each other on first blush.

Similar to house, the various types of techno are united in four-on-the-floor kicks, off-beat hi-hats, extended repetition, and heavy use of synths.

Chord progressions in modern techno form the basis of the tune’s emotional impact and are prominently featured through various arpeggiated synths.

A common trend in electronic music, techno included, is to favour minor keys over major keys.

By nature, minor keys have a more complex and tense sound which aligns directly with the intent of modern techno.

In major keys, extended chords are extremely common, and of all the chord types used, add9 chords show up most frequently.

Minor keys feature, almost exclusively, triads. When the goal of the harmony is darkness and tension, simple minor triads are king.

When extended chords do appear in minor keys, they are most often major seventh chords or add9 chords.

We’ve included them all for you in the Unison Techno & Melodic Techno MIDI Chord Collection.