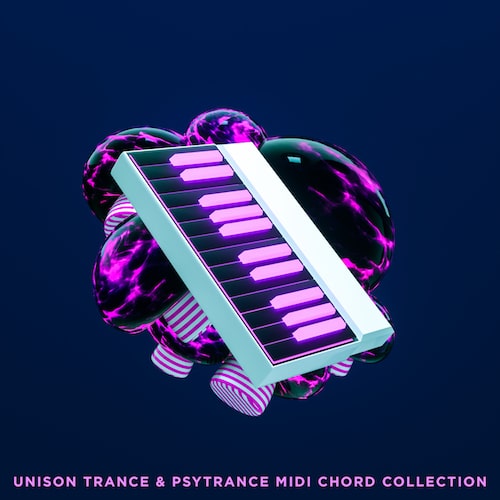 Clearly, as the name suggests, trance music developed with the purpose of inducing trance-like states of joy, euphoria, and bliss through extended compositions that build over time, culminating in a massive drop of pulsing synths and drums.

There are various sub-genres in the trance world, each emphasizing and de-emphasizing certain elements to achieve a specific emotional vibe.

Modern trance music is interested in creating an emotional, energetic space to get lost in.

In minor keys, trance employs a much greater use of triads.

Minor triads are, by nature, more harmonically complex and tense, which means they can often stand alone, without extensions, as the basis of a trance song.

Modal chords are surprisingly rare. Instead, trance favours diatonic progressions which are more familiar and easy to digest.

Inversions, due to their inherent lightness and instability, do not appear often in this genre.

When extensions are added to diatonic chord progressions, a balance between simplicity and complexity is struck.

We’ve included them all for you in the Unison Trance & Psytrance MIDI Chord Collection.