A chord progression is the order chords are played [one after the other] in a song or piece of music.

The chords you decide to use, and the order in which you play them make up the harmony of a song.

Common chord progressions heard throughout all genres of music are the basic outlines of any song.

They captivate your listeners and allure them with a sense of familiarity and depth.

However, if you’re not familiar with Theory, or the most common chord progressions, it could be a little hard to come up with ideas, and build a foundation.

Plus, on the days where you’re lacking inspiration, it’s your ticket to hit the ground running.

Picking which chords you want to use, and being able to arrange them properly is absolutely essential.

It’s nearly impossible to just pull them out of thin air.

If you want it to be successfully catchy and addicting, that is.

Today I’m going over the most common chord progressions to get you started.

Both you and your listeners will instantly be drawn to them, as they are the most popular and recognizable.

They are found riddled throughout music, across all different genres.

After getting familiar with the following chords progressions, you’ll find it much easier to create songs.

It is a priceless tool and, as an added bonus, not subject to any copywriter laws.

If you want to make these progressions unique, the techniques are outlined in our Ultimate Guide To Creating Unique Chord Progressions, available here.

But before we dive into all that, it’s important that you understand Intervals, Harmonic Functions, and Roman Numerals:

An interval – the difference in pitch between two tones (notes).

They are determined by how far (in distance) each note is from one another.

These intervals can be categorized as either:

Taking these intervals and strategically stacking them on top of one another (and/or playing them in sequence) is the foundation of every musical creation ever produced.

In common-practice music, harmonies tend to revolve around three categories of harmonic function.

These categories are traditionally called: Those functions are typically tied to specific types of chord progressions.

In traditional Music Theory, Roman numerals (Ⅰ, Ⅱ, Ⅲ, Ⅳ, Ⅴ, etc.) represent both the degrees of the scale and the intervals contained within each chord.

There are common strings of Roman Numerals used throughout music, usually tied to a certain genre.

You will hear it over and over again.

Roman numerals are not exclusively tied to a particular scale.

It’s not representative of which chord should be played, but rather what ‘degree’ of the given scale you choose, and its corresponding chord.

For instance, III denotes either the third scale degree or, more commonly, the chord built on it.

Regardless of the scale you choose, the degree intervals will be the same, and that’s truly all that’s important.

Roman numerals can also be used to notate the common chord progression of a song independent of key.

The standard twelve-bar blues progression (for example) uses the chords:

So, you will sometimes see it written: I7, IV7, V7 since they are often dominant seventh chords.

Now that you’re familiar with Intervals, Harmonic Functions, and Roman Numerals, let’s dive into the most popular common chord progressions of today, yesterday, and tomorrow:

The chord trinity is one of the most useful concepts for any musician due to its unmatched flexibility.

They are the original basic building blocks for common chord progressions in western music.

You’ll oftentimes see these three chords by themselves, or in conjunction with other chords.

They are the foundation for numerous country, rock, blues, and folk songs.

However, like all the progressions listed today, they are not limited to certain genres.

They actually play a vital role in the most popular genres of today.

Music is all about tension and release, and the many variations of these three chords (always returning ‘home’) never disappoint.

AN EXAMPLE OF THIS PROGRESSION: ‘Thinking Of You’ by Ed Sheeran

This is the most popular common chord progression, hands down.

There’s just something so intriguing about these four chords that make for seriously catchy and addicting tunes.

It invokes such a satisfying feeling because each new chord (in the pattern) feels like a whole new emotional journey.

Transcending the boundaries of genre, as it meshes well with any mood or tempo.

THE MOST POPULAR VARIATIONS:

Once you get intimate with this progression, you’ll start noticing it everywhere in pop music.

AN EXAMPLE OF THIS CHORD PROGRESSION: ‘Pokerface’ by Lady Gaga.

The ii–V–I turnaround is a succession of chords whose roots descent in 5ths from the 2nd degree (supertonic).

Then, to the 5th degree (dominant).

And finally goes back home, to the Tonic.

NOTE: a ‘turnaround’ is a passage at the end of a section that leads to the next section. It sets up a bit of tension.

This next section is most often the repetition of the previous section; either harmonically, melodically, or as a common chord progression.

This particular chord progression is heavily tied to jazz.

Don’t think that it is exclusively tied to jazz though.

Including R&B, pop, rock, neo-soul, country, and even hip-hop.

AN EXAMPLE OF THIS PROGRESSION: ‘Sunday Morning’ by Maroon 5

This common chord progression was very popular in rock ballads from the 1950s and early 1960s, hence the name.

It is associated with doo-wap tunes and classic love songs.

This progression will undoubtedly hit you right in the heart, every time…

I mean, they are called the heart and soul chords for a reason.

It envokes loving and tender emotions.

Since it is typically carried out in cycles, it can also be found starting on a different chord in the cycle and then proceeds through the same succession of chords.

AN EXAMPLE OF THIS PROGRESSION: ‘Girl On Fire’ by Alicia Keys

The term ‘12-bar’ refers to the number of measures (or musical bars) used to express the specific theme of a typical blues song.

In its simplest form, it is (predominantly) based on the I, IV, V chords of a key. 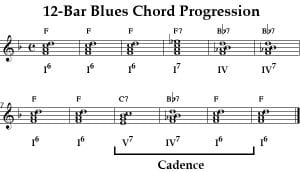 The 12-bar blues is divided into three four-bar segments.

It has a distinctive form in chord structure, phrase, lyrics, and duration.

It typically consists of three chords based on the first, fourth, and fifth (I, IV, V) notes of an eight-note scale.

The basic 12 bar blues consists of the following:

AN EXAMPLE OF THIS PROGRESSION: ‘I Got You (I Feel Good)’ by James Brown

What makes this common chord progression so famous (and so popular at weddings) is its extremely attractive sound.

It is elegant and charming, yet super simple to play. 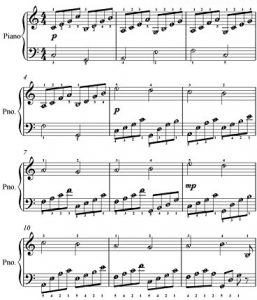 It is comprised of repeating melodies, which produce beautiful harmony and sound.

This progression involves a two-bar-long ostinato (A repeating progression, rhythm, and/or melodic phrase).

This makes it sound like both a chord progression and a melody.

It creates a beautiful overlapping effect.

This common chord progression is usually in a major key, and usually runs as follows:

If in a minor key, it is usually:

As you can see, it touches upon many different chords within a certain key, before returning (smoothly) back home to the tonic.

AN EXAMPLE OF THIS PROGRESSION: ‘Graduation (Friends Forever) by Vitamin C

After you get associated with the most common chord progressions (mentioned above), you’ll be able to alter and tweak them however you like.

It’s good for your listeners to feel that sense of familiarity, but not if it’s the exact same as everyone else’s.

It’s all about experimentation.

It will make coming up with song/track ideas so much easier, therefore enhancing your workflow and making you more creative.

Next time you need a little inspiration, or when you’re having trouble determining where to start:

From there, make alterations as you see fit (transpose and invert notes).

Simply plug & play into your own music.

They’ve been proven to generate millions and millions of plays, so you don’t want to miss out.

Instantly captivate the ears of your listeners… they’ll never want to skip your song, that’s for sure. 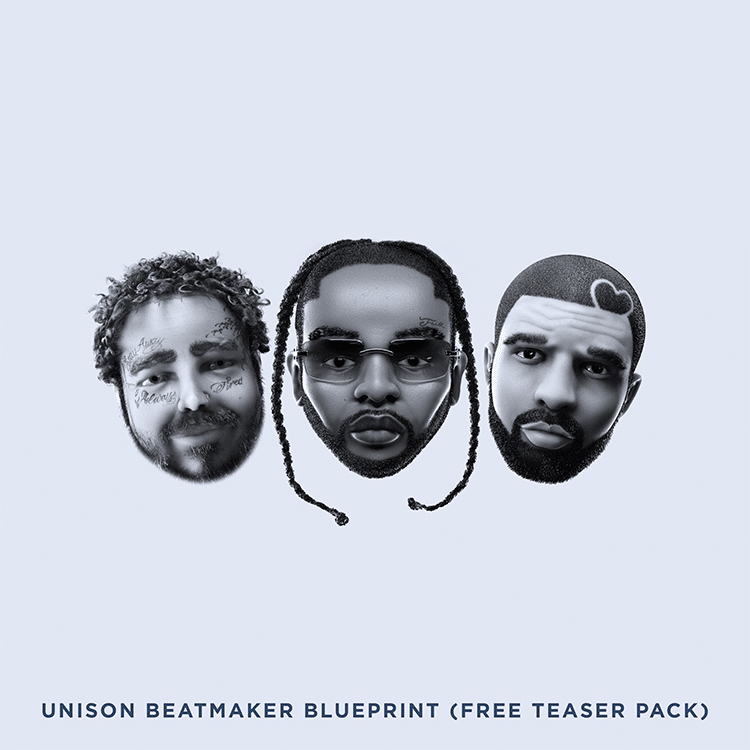