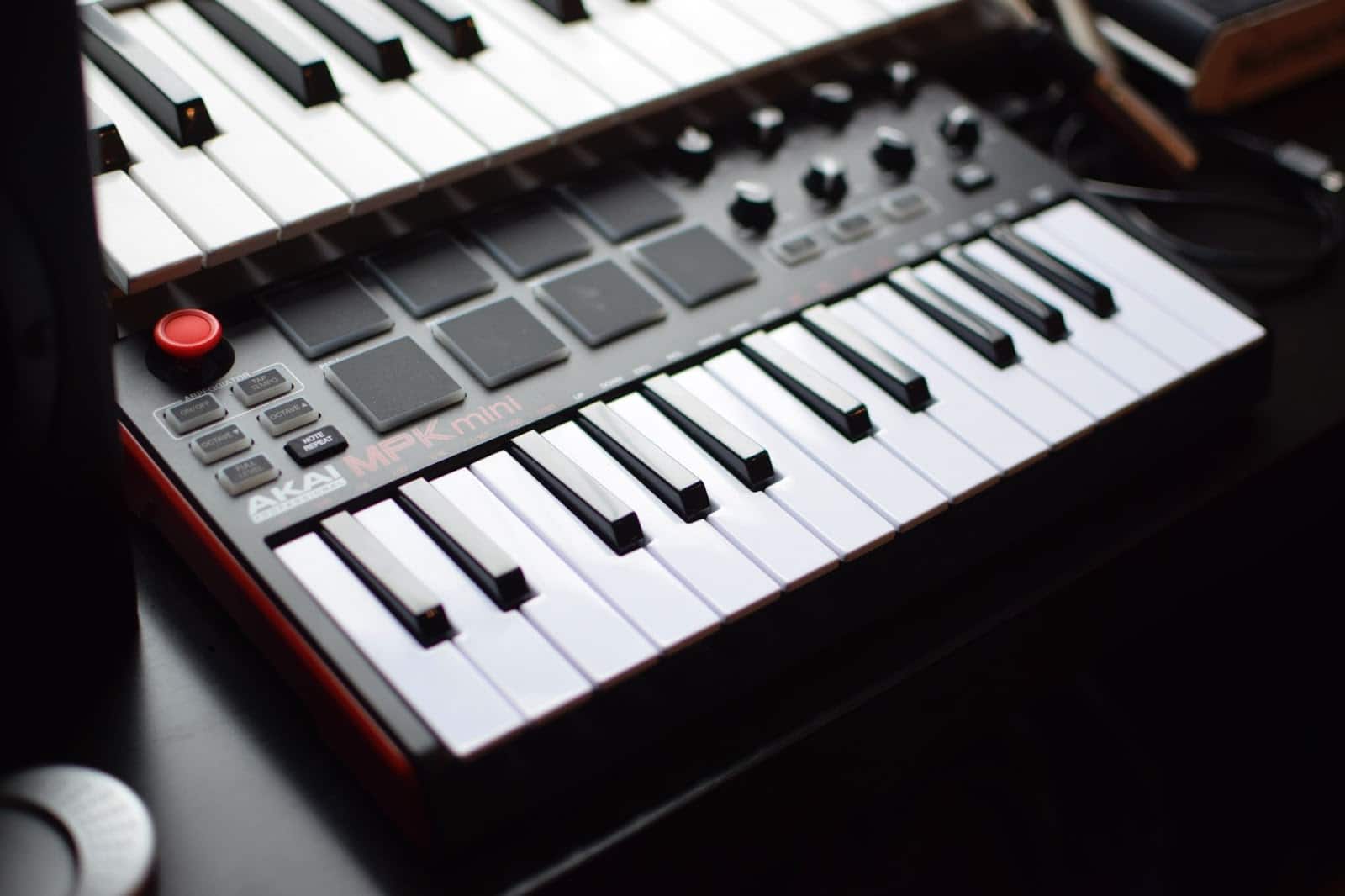 MIDI has become one of the most popular musical tools in the world. If you haven’t heard of it, you definitely have heard it. MIDI rearranges how a musician performs a piece of music by letting them take full reigns over the composition of the instruments. The functions within MIDI let anyone create a masterpiece no matter their skill level.

Perhaps the biggest benefit of MIDI is that it is extremely accessible. Musicians used to have to practice a piece of music for days on end or hire a session musician to perform a song. These recordings had to be flawless so that the final song comes out in perfection. However, with MIDI, musicians can now simply tap out a drum beat or even draw a session with ease, making perfection much easier to obtain. MIDI levels the playing field to make the most inexperienced musicians sound like living legends.

Now that you have a little taste for what MIDI does, let’s talk about exactly what MIDI is.

MIDI stands for Musical Instrument Digital Interface. It is technically a type of programming language that was developed in the ’80s to allow different synthesizers to interact with each other. You might be thinking, “MIDI is over 40 years old, why would a musician use it?” The answer is simple, MIDI has evolved immensely over the years. DAWs have taken the MIDI language and implemented it in several different ways, allowing it to be useful for changing notes, presets, programs, and many other things in an internal and external way. In more plain words, MIDI is the language that musicians use to piece together different components of their songs.

Some things that you should keep in mind in terms of MIDI. It does not transmit any actual audio or sounds through its interface directly. Rather, it works as a digital signal that transmits a large variety of different messages. Some of these messages include:

These components together allow a performance captured in MIDI to feel just as dynamic and lifelike as if a real person were performing. This is the real kick as to why musicians love MIDI so much. It combines a human-like sound but adds the ability to tweak virtually anything about the performance you want. Think of an organic song, but with the extra power to morph it how you wish.

How Does One Use MIDI?

MIDI opens up new doors for musicians to approach their music from a different angle. When it first started circulating among artists, it was used mostly as a tool to play different instruments at the same time, but time has made the tool evolve more and more. Today, MIDI can be used by computers to create whole songs from scratch, just by typing in the MIDI notes and messages into the computer. Virtually every DAW has a way to do this. Ableton, FL Studio, and Logic Pro are great examples of DAWs that make great use of their MIDI capabilities.

MIDI-enabled devices have become the most common tool that will be found on just about every instrument. Despite the popularity, there is a growing number of devices that are using USB to transmit MIDI data from different devices. This allows the devices to have an even wider range of usability while still maintaining the use of the old MIDI protocol. Many new MIDI controllers only have USB inputs and outputs, which makes them highly usable in many different areas.

Creating Chords and Progressions With MIDI

Most often, if you’re trying to create chords with MIDI, you’re going to be using a specialized keyboard. You can play it just as you would a regular keyboard, and it transmits that data for you. This means that any chord you’d play on a piano, you can create with MIDI, which gives you very extensive options. That said, the keys aren’t the only instrument that you can use.

How to Play Any Instrument With MIDI

One of the most important and useful parts of MIDI as a whole is that it makes it possible for a  producer to play virtually any instrument in the world through the use of sampling. Through synthesis, producers can put their creativity to the test by creating sounds that have never existed before. This skill changes the way that people make music because new sounds pop up every time someone tries something different in the studio.

This is all done through the use of virtual instruments. The process can be done in a few different ways, depending on the nature of the instrument. For sampled instruments, such as an orchestra or drum kit, MIDI controls recordings of individual notes that were recorded by whoever sampled the instrument. After that, those recordings of notes are organized in a way that will allow them to be played by anyone else in the world with a virtual instrument. MIDI can save musicians hundreds, if not thousands, of dollars on orchestra recordings. The time and money saved for a producer ensure that they get a perfect performance every time.

When you’re creating bass lines with MIDI, there are a few tips and tricks that will really help you take your music to the next level. First, try to incorporate sounds that real bass lines would have—that means slides and individual notes that don’t overlap.

First things first, you need to remember that you want this to sound like a real drummer is creating it. That means that keeping perfect time, hitting single notes for the entirety of the song, might be just a little unrealistic. Give the drum pattern some movement.

You can also mess with the velocity of the notes a bit—this will give the impression that the drummer is hitting the instrument harder or softer based on the velocity. If you’re really struggling with drum patterns, you can also find premade loops that will give you a really good place to start from.

Another great tool that should not be overlooked when it comes to MIDI is the ability to draw on notes. There’s a pen tool that lets you click and drag without having to fuss with individual sliders. This lets you keep working on projects even if you do not have a musical keyboard or a different device to implement your notes. Writing your own notes can help creativity spark more easily and also allows you to visualize the music you are creating.

Drawing these melodies can not only supply a great musical experience, but you can play around with the look of your drawing to make beautiful melodies sound just as beautiful.

Now that you have an understanding of how important MIDI is, you should know some starting tools to begin your journey. MIDI packs offer a bundle of different instrument choices to begin producing music. MIDI packs, or MIDI loops, are a great way to begin your general understanding of how the operation works. They allow you to just get started making music right away, rather than spending years and years learning about music theory. MIDI packs have made creating music much more accessible to people of all backgrounds.

You can mess around with sequencing MIDI files, dragging and dropping them where you want them to go. You should also be able to edit multiple MIDI clips at the same time, so you get a better understanding of the whole picture while you’re working.

How Unison Can Help Producers Use MIDI

At Unison, we have a large number of producers that have been working with MIDI for an incredibly long time. We have created several packs that can really open up the possibilities for music producers to create sounds and songs that they thought they would only dream of.

Using the Unison MIDI Packs, producers can create MIDI arrangements in a wide variety of genres, virtually instantly. Streamline how you create melody and chords. Using Unison Serum Presets, you can take the MIDI notes that you have and translate them into sounds that will wow listeners of any genre. Using the Unison Artist Packs, take sounds that are curated by industry professionals, and use them in your own songs to create professional-sounding music every time.

What Is MIDI? (The Future of Music is in Your Hands) | Musician on a Mission

A Beginner’s Guide To MIDI: What Is It? How Does It Work? | Musician’s HQ

How MIDI changed the world of music | BBC 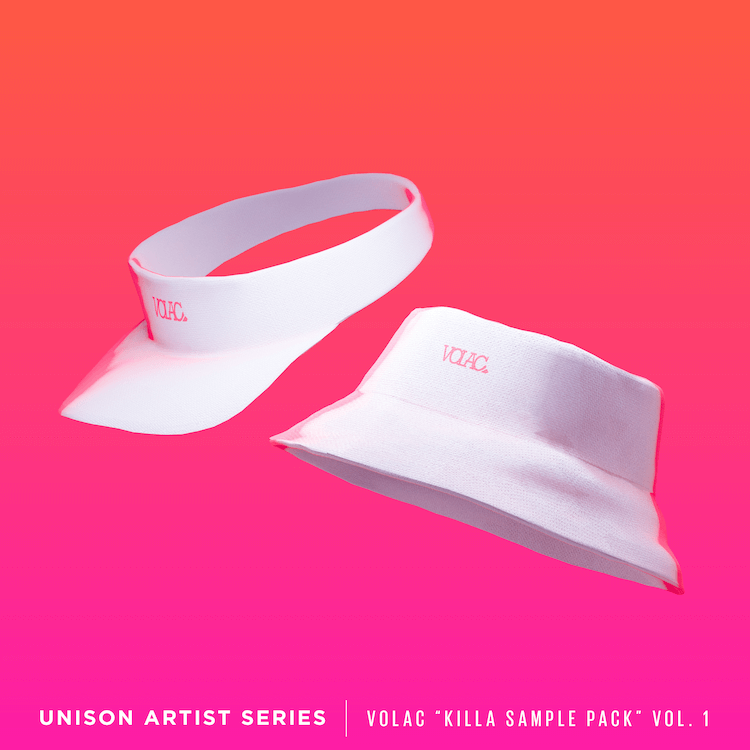