What is Mastering in Music and Why It’s Important

Mastering might seem like a mystical process- What exactly is it, and is it necessary for everyone to do?

With the right tools and knowledge, mastering can make a major difference in your tracks, taking them from “just fine” to ready for the radio.

Mastering is the last step in the process of getting your music ready for distribution. It’s the final touches that make sure your whole album has the same sonic coloring and matching levels from start to finish.

There’s typically a form of compression involved in mastering- When you mix an album worth of songs, they aren’t always at the same, polished volume.

Mastering requires going through with a high-end limiter to make sure you have reasonable dynamic ranges throughout each track.

You also want to make sure that every song has a similar EQ balance. You definitely don’t want a few songs sticking out because they have sharper mixes than the rest.

A form of EQ and saturation is the best route to go for this, and we’ll get more into how to use specific types of plugins for this soon.

There are two primary ways of mastering your music: Stereo and Stem.

Stereo mastering means that you’re working with a stereo, two-channel bounce of your song. While this can certainly be a little easier of a process, it limits what you can do.

Stereo tracks have everything already baked in at whatever level they were mixed at. For example, if you have a track in which the drums are way too hot for the overall balance, you would have to go back and mix it again because you wont be able to fix that with mastering tools.

Your mix should get the song 90% of the way there, and mastering is the last 10% that gets it ready for the radio.

Stem mastering takes a bit more effort than stereo mastering, but you get a lot more control over the final product.

Stems are individual bounces of each instrument or section within the track. For example, if you were mastering a typical rock song, you would have an overall drum stem, main vocal stem, backup vocal stem, guitar stem, and bass stem.

The more stems you have, the more control over the whole track you can get. Granted, you don’t want to be fully mixing all over. Mastering is all about small adjustments.

Generally speaking, the track will already be mixed the way the artist or producer wants it to sound. Mastering is about tidying up any noticeable issues, not changing the whole sound of the song.

Why Master Your Tracks?

As we mentioned, mastering is critical to make sure every song on your album is at the same dynamic range and EQ tone. Even if you’re just working on a single, you want your music to sound just as loud and crisp as any other song someone might play.

Mastering takes your mixed song from sounding fine to sounding great, and with so much music available to listen to, your potential audience won’t stick around too long if your song isn’t sounding as good as something else.

Getting those sweet kicks to blast through your mix is part of the mixing process, but keeping them in control is in the mastering phase.

Consistency is key when it comes to music- Your music should be just as loud and full as anything else a listener could be pulling up.

Benefits of Hiring a Mastering Engineer

One of the benefits of hiring a mastering engineer is that you get a set of fresh ears listening to your track. You may have had this experience before, when you mix and mix your song until it sounds just right and you release it, only to hear something pop out at you a few weeks later.

You probably didn’t catch it because when you listen to the same mix over and over, you start to go dull to it. Your brain gets used to the way it sounds, and you no longer listen to it objectively.

Another reason why a mastering engineer can be extremely beneficial is the simple fact that they probably have better equipment than you. Especially professional engineers.

So they’ve got fresh, trained ears listening to your mix and better tools to listen and fix any problem spots. Granted, you’ll probably pay a pretty penny to get the job done, but especially if you want to release your music and get a positive reaction, it might just be worth it.

Can You Master Your Own Tracks?

Of course! Not everyone can afford a mastering engineer, and it isn’t your only option. However, keep in mind that you’re going to need to invest in the proper tools, and they aren’t always cheap.

To master your own tracks, you’ll need a few things.

Find a Reliable Space and Equipment

Even if you’re working on headphones, make sure that whatever room or space you master is quiet, especially if you’re using loudspeakers.

You need to be able to hear every detail of your mix, so if there’s any low-end rumbling from the fridge or distracting construction going on outside, that’s not going to do you any good.

Speaking of loudspeakers, don’t work on the cheap pair that you got five years ago that makes music sound like it’s coming out of a record player.

Invest in decent speakers or headphones–whichever option works best for your situation. You don’t have to get mastering engineer-level equipment (trust us, you don’t want to spend that much.)

Unless you have a collection of vintage hardware, you’re more than likely using plugins, which is totally fine these days! There used to be (and still is amongst purists) a negative connotation with plugins, especially compression and distortion.

While it is true that they sounded a little digital in their infancy, plugins have come a long way, and there are actually a lot of high-quality options.

Generally speaking, you’ll want a multi-band EQ, a reliable limiter and compressor, and potentially some sort of color plugin.

This could be a saturation plugin, a vintage emulator, or a tasteful distortion. You certainly don’t want to blow out your mix, but a very small amount of noise and color from something like one of these will go a long way in tightening your mix.

Whether you want a crisp, crazy EDM sound or a dusty hip-hop tone, dial it in with the right tools.

Here’s the golden rule when it comes to mastering: Do as little as possible to get your mix where you want it.

The mixing process is where you’re slamming things with distortion and compression, throwing reverb on your channels, and trying out generally weird things to get your song sounding good.

Mastering should be a light touch- A little limiting here, a small amount of color there. You want to nudge your tracks into place so that they all fit together.

When using an EQ while mastering, you aren’t trying to completely reshape the tone of the song- Small notches along the frequency range to remove anything too grating.

How is Mastering Different Than Mixing?

But the difference shines through when you consider what you want out of each one.

Mixing is the process of distortion, effects, levels across every instrument, and getting everything in your song to sound good in conjunction with everything else.

Mastering is making sure that your mix is properly level and adjusted as a whole.

Mastering doesn’t need to be some mystical aspect of the production process. It’s fairly simple, granted you need to practice your ears and skills.

Make sure you work in a quiet space to focus on the mix and get well acquainted with some decent plugins, and your tracks will be right where you want them in no time.

How Much Does It Cost to Master Your Song? | PlanetaryGroup.com

The Unison Beatmaker Blueprint Is Out Now

As beatmakers, we can all agree on one thing: Most sample packs are absolute trash.   They have all this hype and get everybody so excited, only to let them down with filler sounds, cookie-cutter loops, and horribly processed samples.   Here at Unison, we just couldn’t continue seeing beatmakers invest in low-quality packs any […]

You’ve been through it before: you desperately want to distort the hell out of something, but can’t exactly figure out how it’s done.   You turn your Saturation plugin all the way up, and it inevitably hurts your ears.   You turn it all the way down in an attempt to find that happy medium, […]

As a producer, knowing different techniques is an invaluable tool.   You don’t want your beats to be stale or predictable, and that requires being aware of creative opportunities right under your nose.   The following 15 hip-hop production tips won’t only enhance your skills, but make your music stand out from the competition.   […] 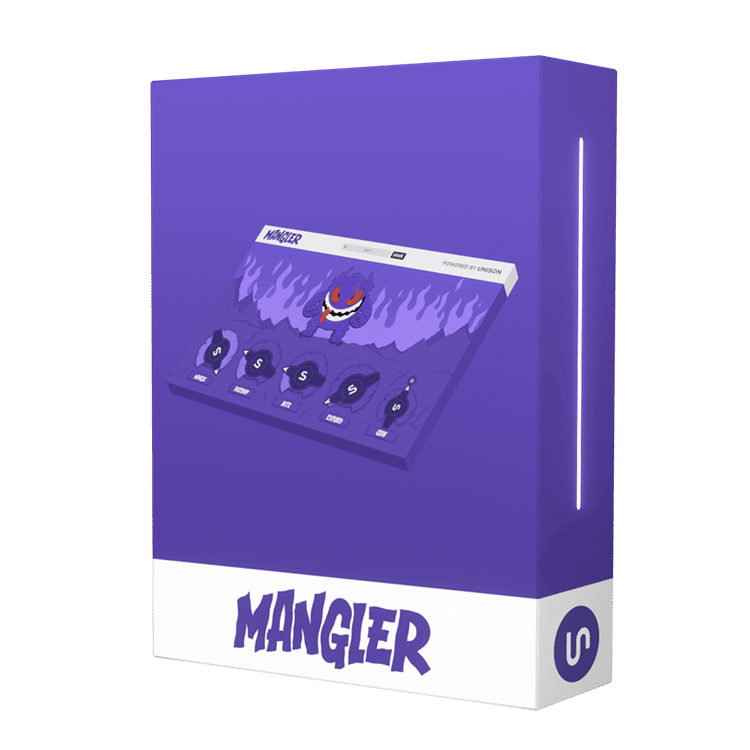