When creating a song, there are countless different things that a producer has to be thinking about at all times. There’s the song structure itself, the way that the musicians are playing, the lyrics, the production style, and several other aspects. Songs are massive collections of small pieces that are put together in an artful and sonically pleasing way, so understanding those small pieces is essential to making a great end product.

Underneath all of the highly visible and changeable parts of a song, there are some foundational and critical elements that make up every traditional song. These are the elements that are what give the song its personality, character, and meaning. They are constantly changing from song to song, even if some of these characteristics are the same as other songs. These elements are the melody, rhythm, tempo, and beat of a song.

All traditional songs have these different elements, and they are what a song is foundationally built upon. Knowing the purpose of all of these elements will allow producers to create songs that can do exactly what they want. These elements all have a massive effect on the final outcome of how a song will sound and feel, so mastering them will make you a much better producer and song creator. Here are what all these elements are and how they can help you to create your next masterpiece as a producer.

Melody is generally the part of a song that most people remember the most, because it is usually the element of a song that stands out the most. The melody can be done by a singer singing lyrics, a guitar playing a lead line, or a soulful line of piano notes. These are parts of a song that can be as simple or complicated as the producer or songwriter wants.

Renowned songwriter Jeff Tweedy says that “The melody does the heavy lifting emotionally for a song.” Understanding this fact can help inspire songwriters to create words that deeply match the melody, not the other way around. The melody is almost always going to be the most memorable part of a song, so make sure to spend lots of time finding the right one when producing a song.

Rhythm is the element of music that makes the song have motion and flow. Songs will rest on the rhythm as they move forward and follow it throughout the song. Rhythm is chiefly concerned with the element of time and the amount of noise and silence that different notes will have.

Fundamentally speaking, music can’t occur without time; the use of sound within the boundaries of time is what makes music, music. Rhythm is the guide for a song and the glue that holds all of the different elements of a song together.

Rhythm is often conveyed in a song through percussion and drums. That’s because these are the elements that are most chiefly concerned with making sure the different elements of a song are working together. In the same way that drums will create a steady pulse for listeners to enjoy, these percussive elements ensure that the different musical instruments are all working together and not stepping on each other’s toes.

Tempo is the element of a song that decides how fast or slow a song’s rhythm will feel. Typically, it’s very easy to tell when a song is slow or fast, even if a person isn’t looking at the actual song’s notation or production.

Generally, people can tell how fast a song is just by listening to how it affects them. Faster music is typically perceived as more energetic and exciting, while slower music usually feels more laid back and calm. This isn’t always the case, but in most genres of music, the tempo of the music helps create the feeling of the song.

To establish a consistent tempo in a song, many producers and musicians will record their songs to a metronome or a click track. This is a tool that sets a steady tempo for musicians to listen to as they record music so that the whole song can be the same tempo without any major shifts.

However, many musicians actually appreciate the tempo shifts that come along with not recovering to a click. Due to the energy level changing due to a faster or slower tempo, many artists will speed up in more energetic parts of a song and slow down in less energetic parts of a song. This natural tempo change is very appealing to some musicians, depending on the style of music they are creating.

Beat has a multitude of meanings, but typically it refers to the rhythmic and percussive elements of a song. If you’ve ever beatboxed to try to show someone how a song feels, you’ve displayed the beat to a person. The beat is often found in the way that the kick and snare of a drum or percussion set interact with the rhythm and tempo of a song. It’s the most important and memorable percussive element of a song, and it can often be a distinguishing factor from other pieces of music.

The beat is a very important thing to focus on when creating percussion-heavy songs. If you want to get people on their feet and dancing because of your song, focusing on creating a grooving and catchy beat will do that. The beat is the element that gives a song its danceability or lack thereof.

The beat can also be decided based on the genre of music that is being created. If it’s a song that’s meant to be played in clubs and other places where hype is incredibly important, a steady quarter note beat might be exactly what the song needs. This is one of the most simple beats available, but is still one of the best out there.

In other contexts, using more complicated and complex beats can be helpful. In genres like rock, hip-hop, and jazz, many of the beats will be more complicated and busy to add detail and depth to the sound of the song. These different beats serve different purposes, but within the right context can make a song sound exciting and fresh to anyone who listens to it.

Our team at Unison gets the difference between these elements and knows just how important they are. Every great song needs to have strong melodies and beats to make sure that they stand out in the music world. We want to help producers and musicians everywhere to find new ways that they can take their songs to an even more professional level with our presets.

We have dedicated MIDI Packs to instantly improve your chord progressions, which are the basis for melodies, rhythms, and other elements of songs. We have Vocal Series Packs, which can make your music more catchy, memorable, and relatable. We even have Artist Series Sample Packs, which allow you to utilize sounds that have generated over 220 million plays. Check out our website for more information on how you can amp up your own sound as a musician and producer.

How Jeff Tweedy Composes Songs and Thinks in Music | Topic 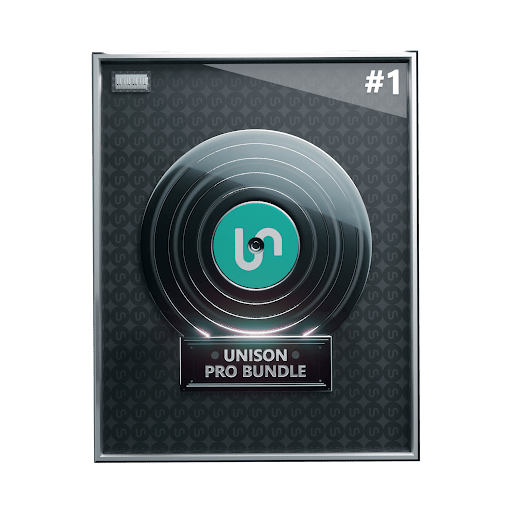